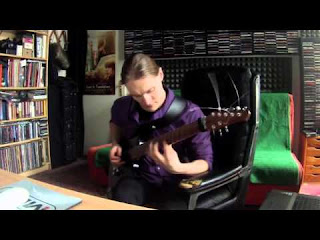 Me recording the guitar solo for a song off the upcoming Pitts/Minnemann Project album "The Psychic Planetarium", called "A Faint Beautiful Glow". Recorded straight into the Kemper KPA with a Frequette Sig X Profile, using my signature 7string Guitar from Soultool Guitars, GoodTone Pickups, Loxx and Steinberg Software. NOT the final mix! 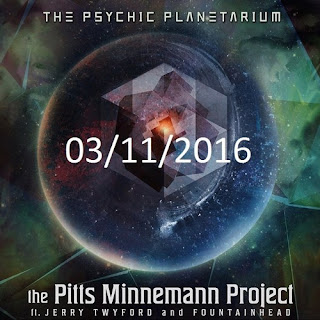 Welcome to the crowdfunding page for Pitts Minnemann Project's second album, The Psychic Planetarium. After the success of the first Pitts Minnemann Project cd, 2 L 8 2 B Normal, we began forging this follow up; and we believe the group, consisting of Jimmy Pitts (keys), Marco Minnemann (drums), Fountainhead (fretless and fretted guitars), and Jerry Twyford (bass) - along with a fine cadre of guests, have exceeded the first release in every detail and aspect. This is truly progressive music that ventures through multiple styles with often dense technicality, yet strives to paint a sonic picture that is meant to engage the listener on an emotional level. The title, The Psychic Planetarium, is derived not from the popular, mystical, definition of "Psychic", but from the less utilized definition meaning "Of the mind or spirit". So the title literally means "Planetarium of the Mind".