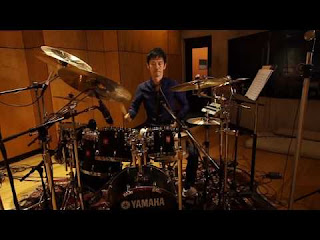 around the world had been waiting for! Drummer since Akira Jinbo and bassist Brian Buronbagu super unit in 2004 by Announces really about the first time in 13 years New!
Released at the same time! Akira Jinbo total 21 of his solo work "21"
0
JBプロジェクト/「Bromblue」Full Version