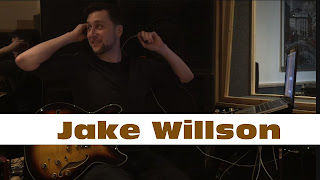 What's it all about? https://www.indiegogo.com/projects/jake-willson-s-debut-album-guitar/x/28005#/

In my adult life, I've always had to prioritise playing other people's music and other projects to pay the rent. Then, a tour that I was booked to play on was cancelled and I realised that I needed to think about the way my career was developing. With my new-found time and determination to make the best out of the situation, I realised that now was the time to prioritise my own music and finally make the album!

I'm going to need at least £6k to make this project happen as intended. Those who know me will know that I've never been a rich person (who'd be a musician?), and this amount of money is simply out of my personal reach. I don't see this project as a business venture, it's an artistic one - I'm fully expecting to make a loss - but I'm bursting to make a great album.

The vast majority of the budget will be spent on musician fees, studio time and mixing and mastering(around £4.5k). I believe in supporting the music community and paying a fair price for the talents and facilities of others while keeping the project tangible. I will be using top musicians on this project, and as such, will be requiring excellent post-production and engineering to do their exceptional performances justice.

The remaining £1.5k will be going on the production of CDs, Artwork, and the fulfilment of perks!

I've enlisted the help of epic rhythm section heroes Dave Marks (bass) and Darby Todd (drums) to get the ball rolling, but expect more announcements about guests and contributors as the campaign progresses...

I will take absolutely none of the money as a wage or to buy equipment. Every penny will be spent on making the album as good as it can possibly be.

I would LOVE to absolutely smash the target amount! If this is achieved, it'll give me the opportunity to create extra perks and potentially create a budget to create more and better content. I'm thinking along the lines of a music video, a big name special guest, or even an orchestral session!