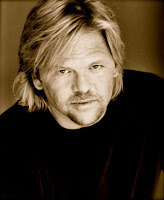 More good news for fans of Mario’s guitar playing and music; he’s collaborating on a new studio album with Los Angeles rock singer John Pratt (Firefly/John Pratt Band). The album will be titled ‘Uncharted Waters’ named after one of the songs. Recording will commence later this year, with Mario writing the music and playing guitars and keyboards, and John taking care of the vocals and lyrics. The album will be recorded at both Mario’s studio in Las Vegas, NV and John’s studio in Los Angeles, CA.

Mario said of John: “I’m very excited to be working with John on this album. As well as possessing one of the best voices I’ve ever heard, he’s an extremely musical guy and can play several instruments. Although John’s probably best known for his performances as a frontman on the L.A. rock scene back in the 80’s and 90’s , he also composes music for motion picture soundtrack and has an impressive résumé featuring many top Hollywood movie and TV studios.”

The album is scheduled to follow the release of the new album from Mario Parga & Lee Small, more details of both albums will follow soon.