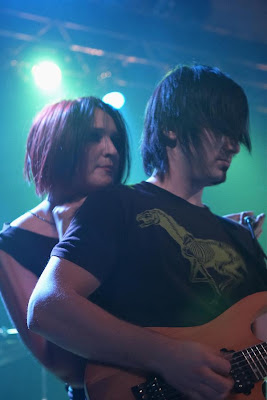 Call it a chance meeting or fate, but whatever it was that led to whizz-kid guitarist Anthony Xander finding singer Trish Stanley can only be interpreted as something that was meant to be. They formed a creative partnership that would become the nucleus of Modified, a band that has come a very long way in a very short time. The lineup was completed with the addition of Jones on drums, and recently added bassist Bill Stephenson. Their combination of raw elements from various genres. plus the constant honing of their songwriting skills, has been the equation of their early success. 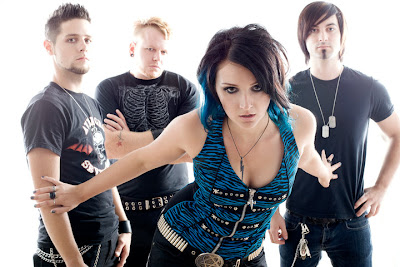 Metal-laced guitars and tight rhythms mesh with infectious melodies and dark lyrics, delivered by Trish's sultry vocals. True to the band's name, they have come into their own sound and style, and strive to stand out in a landscape cluttered by followers and sound-alikes. Working with producer Michael Borkosky (illScarlett, Low Level Flight, Farewell to Freeway) was the last piece of the puzzle necessary to unlock their full potential. Their first EP "Cruel Temptation" has garnered them some very favourable media attention, an ever-growing fan base, and brought them to the attention of 97.7 HTZ-FM, where they placed third in the station's annual province-wide Rock Search. Their live shows deliver that rare combination of musical precision and raw emotion, as the band rips through their repertoire and Trish enthralls with powerful vocals and captivating stage presence. They continue to gain airplay and popularity across Canada and the U.S. as the life of this EP begins to flourish, and more and more fans discover the unique world of Modified. Their work ethic and relentless pursuit of mastery of their craft has built anticipation of industry types and fans alike. This is a band worth keeping up with.