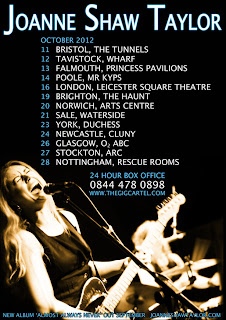 Originally discovered by Eurythmics’ Dave Stewart as a 16 year old guitar prodigy, Joanne will perform music from her new album, as well as dipping into songs from her first two critically acclaimed albums - White Sugar (2009) and Diamonds in the Dirt (2010).
For two years consecutively, 2010 and 2011, Joanne was voted "Best British Female Vocalist of the Year" at the British Blues Awards. Joanne is fast becoming a major force on the international blues rock music circuit. Hailed by Classic Rock magazine, Joanne also received a Best New Artist Debut nomination at the British Blues Awards for her debut LP White Sugar.

The new album’s produced by legendary record producer Mike McCarthy (Spoon, ...And You Will Know Us by the Trail of Dead, Patty Griffin) in Austin. “Mike comes from a different musical background from me," says Joanne. "He pushed me out of my comfort zone, and allowed me to explore new territories whilst remaining true to who I am. I never thought when I started on this journey I would ever get to work with such an amazing array of talent. I've been a fan of JJ, David and Billy for years and their performances on this album are exceptional."


For the official tour and album announcement, click HERE. 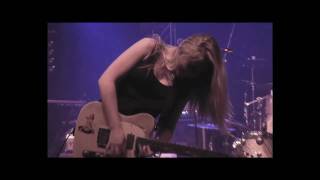