John 5: John William Lowery gets an in depth interview 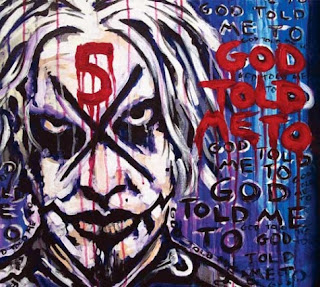 (This interview is about an hour)
John William Lowery (born July 31, 1971), best known by the stage name John 5, is an American guitarist. His stage name was bestowed on him in 1998 when he left David Lee Roth and joined the industrial metal group Marilyn Manson as their guitarist, taking over from Zim Zum. Still going by the name "John 5," Lowery is currently the guitarist for Rob Zombie.
He is also a solo artist having recorded six guitar albums: Vertigo (2004), Songs for Sanity (2005), The Devil Knows My Name (2007), Requiem (2008), The Art of Malice (2010) and God Told Me To (2012), as well as a remix album, Remixploitation (2009). He also works as a staff writer for Chrysalis Records, working with artists such as Matt Ball, Avril Lavigne, Rob Halford, k.d lang, Garbage, Meat Loaf, Scorpions, Ozzy Osbourne, Slash, FeFe Dobson and has written and recorded with southern rock band Lynyrd Skynyrd.

Rob Zombie's JOHN 5 talks about his Career in music W Eric Blair, May 2012