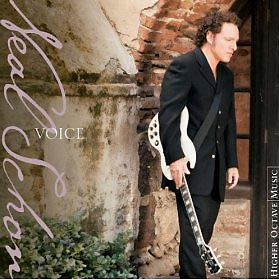 Neal Schon has told Ultimate Classic Rock that he has a new guitar-centric album nearly ready. It reunites him with his former Journey bandmate, drummer Steve Smith.

Schon says: “I’m proud of the record, but I kind of winged it. I walked in and I didn’t have anything prepared at all. I just had an open slate with a bunch of paintbrushes [in the form of] guitars and amplifiers.”

Schon says that Smith would lay down some tracks, upon which he would then expand. “And then I’d say ‘can you go have lunch or something for half an hour and then come back and I’ll be done.’ So I’d map it out and put a rhythm guitar down, arrange the thing the way I heard it in my head and then Steve would come back and he’d listen to it.

“He’d write down my arrangement and then he’d go out and replay the drums to my new arrangement and a click and play it like it was a full band playing. He’s just amazing like that. And then I went back and I replayed some of the rhythm guitar [parts], some of them I kept. And then I’d start playing solos, even without bass, just freelance soloing and then I played the bass on it to go with the solos, so it came about in a different kind of way, but when you listen to it, it sounds like a really connected trio with keys here and there.”

And Schon has another album close to completion. He recently recorded with Journey bandmate Deen Castronovo and bassist Marco Mendoza for another album that he’s mixing currently.
Neal Schon