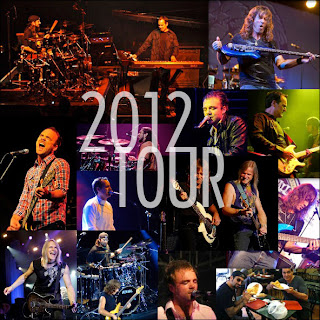 "It was quite an experience making the album,” recalls Dave LaRue. “It's been an inspiring challenge melding folk, prog, pop and metal into one big recording."

Mike Portnoy was the co-founding member and drummer for the world’s biggest prog metal band Dream Theater.  Neal Morse is the co-founding member of the prog rock bands Spock’s Beard and Transatlantic.  David LaRue is the bassist for the Dixie Dregs and has worked with Joe Satriani and Steve Vai.  Steve Morse is the lead guitarist for Deep Purple.  Casey McPherson is the lead singer for Alpha Rev, who has experienced success on US radio with numerous hit singles including “New Morning”.