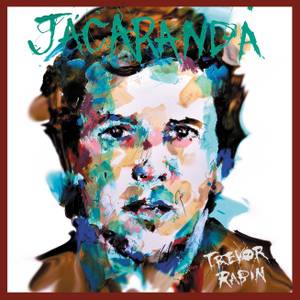 Jacaranda is Trevor Rabin's first new solo project since his album Can't Look Away. The extremely versatile Rabin covers a wide range of styles on the new album, including rock, jazz, and classical. Trevor plays all of the instruments himself, with the exception of drums on the tracks, for which he brought in noted jazz/rock drummer Vinnie Colaiuta (Sting, Frank Zappa), longtime Rabin drummer Lou Molino III, and Trevor’s son Ryan Rabin (Grouplove). He also brought in noted bass guitarist Tal Wilkenfeld (Jeff Beck, Herbie Hancock) who plays on the track “Anerley Road.” Vocalist Liz Constintine is featured on the track “Rescue,” inspired by the film The Guardian.

Trevor has long been regarded as one of the finest guitarists in the world. During his 15 years as the lead guitarist/singer of the group YES, Trevor wrote many of their hits, including “Owner of a Lonely Heart”. His collaborations include working with Seal, Michael Jackson, Manfred Mann, Tina Turner, Bob Dylan and Paul Rodgers to name a few.

Trevor Rabin is also one of the most sought-after film composers in the business. He has created music that crosses barriers and genres that have made him one of the premier composers of contemporary music. As a guitarist, keyboardist, singer, songwriter, producer or recording engineer, Trevor has established himself as a leader in the contemporary music field. Some of his most noted soundtracks include: Armageddon, Remember the Titans, National Treasure, Race to Witch Mountain, Get Smart, The Guardian and The Sorcerer's Apprentice.