Album Notes
Sojourn is my fifth instrumental effort. Its been a long time coming due to being involved in some other projects that popped up along the way. The three big ones were tribute CD's through BHP Records. I had fun working on these projects but they did take up a lot of time resulting in me falling behind a bit. I started writing for Sojourn in 2007 so these tunes have been around for quite a while. There order of conception/recording are: "Threshold", "Asleep In The Barrows", "A King's End", "Nauticull", "The Gate's Of Golgotha", "Out Come The Wolves", "Azrael's Fatal Intent", "Exhale Into The Pit" and, "The Reanimator". I would write the main riffs and figures for each song first. Then I would write out the arrangement, then program the drums. From there I would record the drums into my DAW and then start putting down rhythm guitar tracks, bass tracks, synth, and finally solos. I've always striven to make the music as compelling as possible before recording the solos.

Production Notes:
I learned a tremendous amount during this recording. First off I used my new recording rig which has proven itself to be quite worthy and musical. It's based around a Sonica Audio PC and two Presonus Firepod audio interfaces. The DAW itself is Samplitude Pro 9. I really enjoyed using Samplitude Pro and I've found that I've gotten very decent results upon mix-down. It was a radical change from my Roland VS-1680. I'm still using my Event 20/20 monitors which I've grown to know and love.

Drums:
The drums this time around are a radical departure from what I've been using in the past. A couple of years ago I picked up BFD 1.0 and fell in love with the software. I initially used them on a demo for "Get The Led Out" - A Salute To Led Zeppelin. They sounded so realistic that I started using them on my material. As the years past BFD 2.0 came out and they really hit it out of the park with this new and improved version. The interface is easy to use and the sounds are amazing!

Guitars:
For 90% of this recording I used my Carvin DC747c 7 string guitar. For a couple of rhythm parts that needed a low F# I used my Agile Pendulum Pro 8 string. In addition I used the Agile for a few solos as well. For preamps it was a big mix. The rhythm tracks for "Threshold", "A King's End", "Nauticull" and "The Gates Of Golgotha" I used my POD XT in conjunction with my Carvin Tone Navigator. I found the POD XT gave me a cold digital feel that I was actually looking for while the Carvin gave me the warm and fuzzy analog sound that worked very well with the POD. I found mixing the two together gave me a nice articulate fat sound that seemed to work well with my style of playing. All the solos and the balance of the rhythm tracks were recorded using my AXEFX Standard. The models I used for rhythm tracks were mainly Marshals on one side with Mesas on the other. For the bass guitar I used my Carvin LB76p bass. This bass is a real treat to play! I used it through my SansAmp RBI bass preamp which gave it a very modern sound. In the future I'd like to try to find a preamp that comes across a little bit more old school for a bit of variety.

Synthesizers:
Since I'm no where near being a keyboard player I use a Fender Roland Ready Strat to trigger any involved synth parts. The main synth module I used was Spectrasonics Atmosphere. This synth was great for laying down textures and moods throughout my tunes. The majority of the synth sounds were triggered by a M-Audio Oxygen keyboard. Another synth plug-in I used was Sample Tank.

Mix-down:
The mix-down was challenging as usual. I employed a lot of subtractive EQ to get everything to sit in the mix properly. Samplitude has a nice 4 band parametric EQ built into every channel. All in all I really didn't use that many effects. The one's I did end up using were in the box and part of the Samplitude program. I mainly used Samplitude's compressor, delay and reverb. The compressor I used mainly on the bass and some solo tracks that needed to pop out a bit more. I mainly used the reverb as a thickening agent on some of the rhythm tracks and drums. The delay was used on mostly all of the solo tracks to create a bit of ambiance as everything else was quite dry. I ended up making a lot of mixes of these tunes to make sure that they sounded decent on many different playback devices. One of the hardest thing I came up against was dealing with the subwoofer in my car. I found it very difficult to properly adjust the bass in the mix to make it sound good with and without the subwoofer. One of the things that helped was that I used a multiband compressor on the bass and just compressed it on 20hz and lower. I found that this tightened up the low B string. Another thing that helped was applying a shelf eq of 10hz on the bass channel as well.

Mastering:
I like to master my own tunes. I probably shouldn't as they always say that its best to get another set of ears to listen and make objective decisions on the final master, but I just can't let my stuff go. Ozone 5 turned out to be my mastering software yet again. I used the program on Homunculus and really enjoyed its ease of use and quality of the end product. I don't master super loud as I like to leave a lot of dynamics in the material. If it ain't loud enough then reach for the volume knob and crank it up! 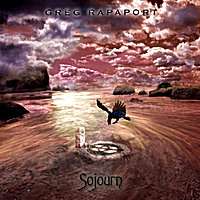