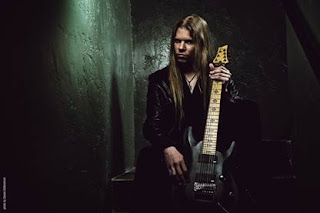 Comments Jeff: "'A Liar's Chain' is the first of three songs that I recorded with my band to officially debut online. We started playing it live on our last U.S. run and it seemed to go over really well with fans.