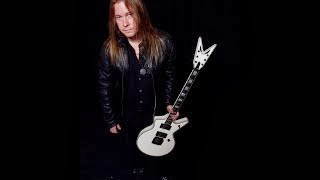 Formerly The Glen Drover band. Now changed to Metalusion, which was the title of the bands first album.
This is a full instrumental track taken from the forthcoming album, that will be released sometime in 2014. The track is called "Caracas" and the new album by Metalusion will be called "Between Sea and Sky"
The band features members Glen Drover (Megadeth, King Diamond) Guitars, Jim Gilmour (Saga) Keys, Paul Yee, bass, and various session and guest artists.