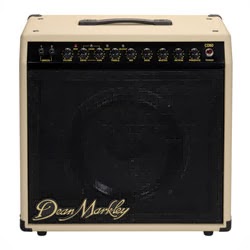 They're celebrating the 30th Anniversary of the CD30 and CD60 tube amps.  These babies are legendary for their tone and highly sought after by guitar junkies.  In the past, availability has been sporadic.  But to honor the anniversary, production is in full swing and the company has made a firm commitment to keep them in production.