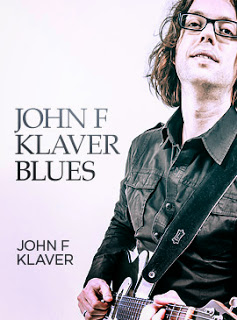 Introducing John F Klaver to the JTC artist roster with his debut 5 track blues package, 'John F Klaver Blues'. The JTC customer base has been calling for more artists to join the roster who can deliver great traditional blues, so we have been keeping an eye out. When we saw some live performances of John and his band, we just new he was a perfect fit for the demand. We asked James Graydon (one of JTC's backing track writing gurus) to create some extremely jammable blues tracks and then John came over to the JTC studio to do his thing. The results speak for themselves!

John's solos add a superb modern twist to these traditional 12-bar blues jam tracks. He lets his guitar do all the singing, with a great display of breathing, and ability to pick up the pace when required. Throughout the tracks, John's display of bending notes hit all the right spots. This is a guy at the top of his blues game! You will learn a lot from these 5 tracks.