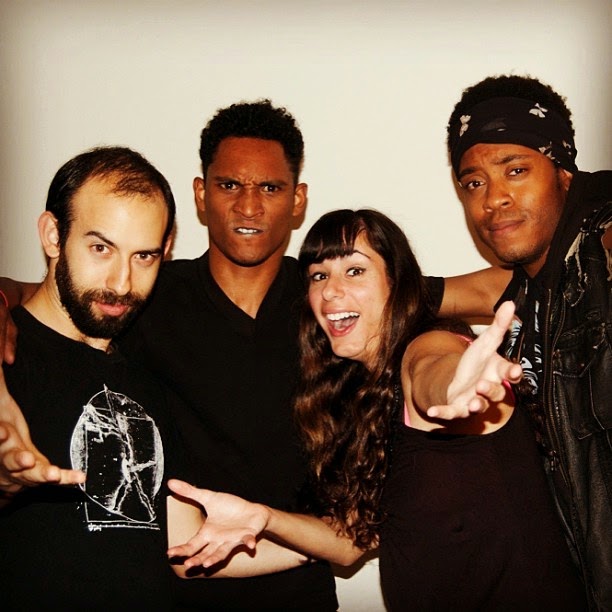 Nili Brosh
I'd like to introduce you to the new Nili Brosh Band!! L - R we have Alon Mei-Tal on guitar, Punky Balfour on drums, myself on guitar, and Jon Reshard on bass. I'd like to announce our first few shows, where we'll be playing material from A Matter of Perception, and even Through The Looking Glass!

This is the first time I've played my original music in literally FOUR years, so I hope you guys can make it out to see these awesome musicians!! See you there!— with Alon Mei-Tal, PunKy Balfour and Jon Reshard.