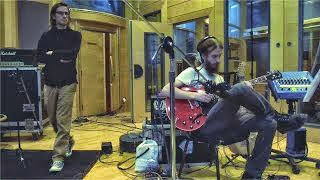 Here is the second studio video by Lasse Hoile of Steven Wilson and band working at AIR Studios in September. In this part, Steven discusses his next solo album's concept and themes, revealing more details about the record and it's inspiration.


A 6 minute short by Lasse Hoile of Steven Wilson and band working at AIR Studios last month, including previews of the new album as a work in progress.