UFO will launch their latest album A Conspiracy Of Stars early next year, they’ve announced.

Their record label will also launch a Blu-ray titled Showtime on December 1. It was filmed during their 2005 tour supporting album You Are Here. Along with the live performance, the disc also features bonus features including interviews and a making of documentary. 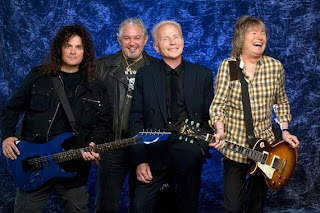