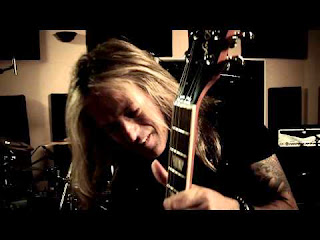 As anticipation continues to build for the upcoming debut from Revolution Saints, the band has released a second music video “Back On My Trail” from the eponymous debut album due released on February 20th in Europe, February 23rd in the UK, and February 24th in North America via Frontiers Music SRL. The video for “Back On My Trail”

“It’s a fun record. It’s not safe. It is a musician’s record,” states Castronovo.