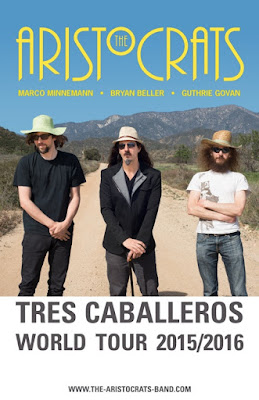 All details and ticket links are available on our tours page by clicking here.

The first leg was a really amazing ride. If you want to relive it, check out our Facebook page, which has pictures and posts from throughout Germany, Poland, Slovakia, Turkey, Romania, Ireland, and the UK.

Later in the year we'll have an update about our plans to tour Asia, Australia, and South America. Nothing's confirmed, but we're working hard on it and hope to have more news soon.

In the meantime, hope to see more of our European folks out there soon, and happy new year to our friends around the world!

Best wishes to all,
The Aristocrats