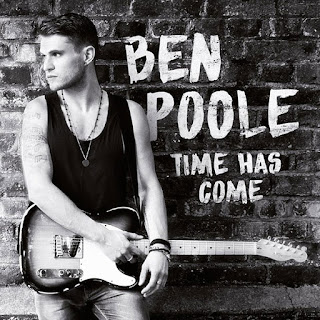 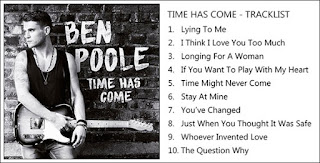 Already, Ben has been dubbed “amazing” by Jeff Beck, “really great” by Gary Moore, “ferocious” by Guitarist Magazine and “one to watch” by The Blues Magazine. “This album has a really nice overview of my style,” nods Ben, “covering everything from rock and blues to soul and pop, and even elements of funk and gospel. Artists we referenced frequently in the process were Robert Cray, Jonny Lang and John Mayer. I hope it’ll please the blues-rock guitar fans, but also have the depth and maturity to appeal to an audience beyond that.”

Ben has moved fast since he burst out of the Brighton Institute of Modern Music onto the post-millennial scene. The new album captures the gritty velocity of his shows in a studio context. “There’s a rawness and edginess, but also a subtlety and intimacy,” says Poole. “Wayne and I developed an amazing working relationship. Neither of us were afraid to throw countless ideas out there, and nothing was dismissed, no matter how crazy it might have sounded.” Visit the official album and UK tour press page - www.noblepr.co.uk/Press_Releases/manhatonrecords/ben-poole.htm. 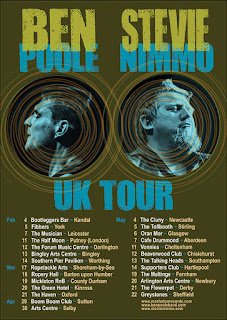