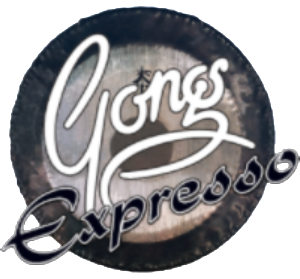 Rowe says: “Decadence is the title tune on the new Gong Expresso album. Here the word means ‘falling away.’ I hope this tune and all the music on the album somehow addresses this in an unadorned, direct way.

“When I play with these three musicians, I am convinced there is something special happening. Benoit, Francois and I began playing together in early 1977 in Pierre Moerlen’s Gong and our rapport is of the kind only long-term relationships can provide.

“On the other hand Julien is 25 has been alive less time than I have been playing with the others. Yet our musical relationship feels infinitely long.”

He adds: “We are recording in two cities – Paris and Montreal. Francois' studio in Paris is a tuned percussion church and Piccolo Studios in Montreal is owned by Denis Savage who is co-producing with the band.”

Gong Expresso have opened a pre-order campaign for the new album via www.PledgeMusic.com where fans can also get hoodies, bass strings, t-shirts and CD bundle packs. In addition, there are signed guitars and the opportunity to visit the Montreal studio for a day to see the recording process in action.

Further album details will be revealed in due course.

As a special bonus for pledging you will receive a never before heard 1979 live version of PM Gong's classic 3 Blind Mice featuring legendary guitarist Allan Holdsworth available for immediate download!!! This will not be made available to the general public.