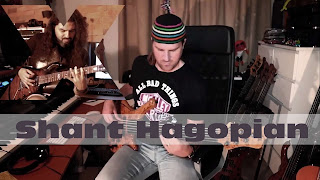 This is the fourth teaser from the upcoming album "Paradigms". Featuring in this video Kristoffer Gildenlöw. Also playing on the album is drummer Craig Blundell (Frost*/Steven Wilson)

The album is currently in the mixing and production stage.

Find out more at www.semanticsaturation.com