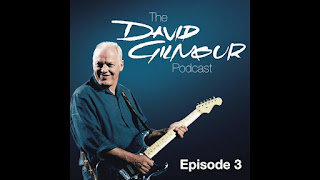 The White Strat (Episode 3 of 3). This episode details the history of the famous 0001 serial number Fender Stratocaster ‘It is as good a Strat as I have ever played, it's beautiful. How do you improve on perfection?’. He also demonstrates how it was the rhythm guitar on ‘Another Brick In A Wall Part 2’ and remarks on the current status of Pink Floyd.