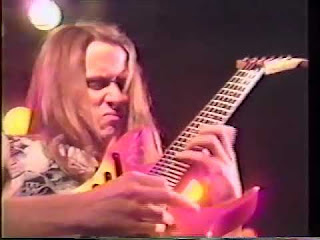 In 1995 I entered The Best Guitarist in Houston contest and was lucky enough to win. I'm not big into competing at all I was young and broke and there was some good prize money a guitar an amp, studio time and a few other things. With that studio time I recorded the demo version of Dominion which ended up being on my debut instrumental cd.

The Best Guitarist in Houston Contest 1995