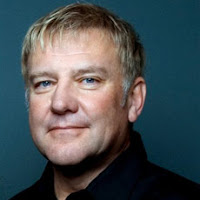 I don’t know, it’s like a birth. It’s a pregnancy and you don’t quite know how the kid is going to turn out. And then after the term, there it is and in this case, it was a beautiful baby.

We felt very positive about it right from the start. The way Geddy [Lee, bass and vocals] and I were writing—very casually in the beginning and then introducing Nick [Rasculinecz, producer] into the mix about two-thirds of the way through—and then his influence and the great recording studio, Allaire, which unfortunately is going out of business.

Then the whole mixing in LA went really well. We had never done anything like that before. It was the first time we actually recorded and mixed a record in America.

So every aspect of the process of making that record was very, very positive. It was a cumulative thing, and at the end we felt it was some of our very best work.