on December 11, 2008
News:
11-12-2008:
Pat Martino began playing professionally in 1961. He has performed with such greats as Chick Corea, Stanley Clark, Woody Herman, and Joe Pesci, and has been a recording artists for Blue Note Records, Vanguard, Warner Brothers, and Columbia. An avid clinician, as well as performer, Pat has given guitar clinics throughout the world and is currently on the adjunct faculty at the University of the Arts in Philadelphia. Pat has received numerous awards, including Grammy nominations in 2003 and Downbeat's Guitar Player of the Year in 2004. 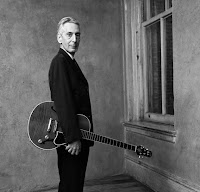