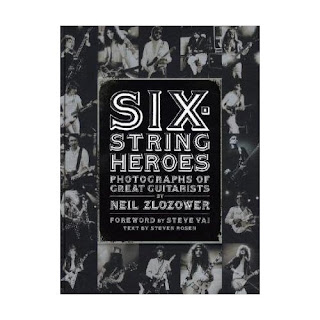 For nearly 40 years, legendary rock photographer Neil Zlozower has documented an astonishing who's who of the most influential players of rock and metal guitar from the 1970s to today. Six-String Heroes collects his killer shots of the best players ever to wield an axe, including candid, studio, and live photos of such giants as Eric Clapton, Jeff Beck, Slash, Jimmy Page, Keith Richards, Dave Navarro, Dimebag Darrell, John Frusciante, Joe Satriani, Angus Young, and many more. With a foreword by Steve Vai, notes by Zlozower, and short texts by some of the guitarists themselves, Six-String Heroes captures the power and technique of the instrument through the lens of its legendary players a must-have for guitar fans everywhere.