The style of the album is a blend of melodic hard rock and AOR. Torben spent most of 2008 writing new music with different people and some of the songs went in this direction. He then decided to pursue this particular style and ended up with around 20 songs and ultimately chose the best ones for what has become the debut Acacia Avenue album.

One the making of the album Torben comments, “The goal was simply to create a really great album, and for me personally, to try to write in a different style to that which I’m usually associated with. It was a lot of fun and a great learning experience. My influences for this album musically were bands like Toto, Giant, Dokken, TNT, Van Halen and so on i.e. Melodic bands with a powerful element to them”.

Tony Mills (TNT, Shy) was the first to join in and together they wrote and recorded “Don’t Call Me Tonight” and “Wait No More”. Geir Rönning (Radioactive, Prisoner) began writing with Torben immediately after and together they penned the songs “Hold On”, “No Looking Back” and “Digging”. whilst Torben Lysholm (Pangea, Mysterell) wrote the lyrics for “Just Wanna Be With You” and also sings lead on “Can’t Make You Stay”. Finally Lars Säfsund (W.O.A.) did the vocals on “An Illusion”. Apart from playing all guitars, bass and keyboards on the album, Torben Enevoldsen sang backing vocals on a few songs and also did the lead vocals on “Jamie´s In Love” and “Let Go”. Thomas Heintzelmann (Section A, Decoy) played all the drums and Carsten Neumann (Savage Affair) helped out with the bass. 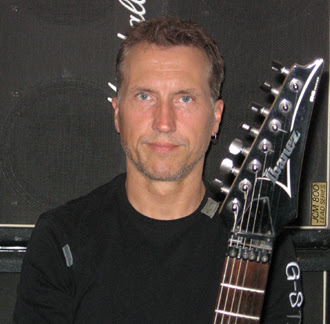