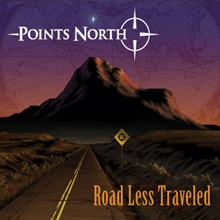 BUY THE NEW CD
What musical masterpiece would have resulted had Eric Johnson continued in the vein of Ah Via Musicom? What fresh prog/fusionoid hell could have been unleashed had Rush focused on nothing but "YYZ"-like instrumental anthems?
With the release of their Magna Carta Records debut record, Road Less Traveled, the Bay Area-based instrumental trio, Points North, taps into our dreams and answers these burning questions by turning our sonic fantasies into realities.
Spearheaded by guitarist Eric Barnett (a finalist in Guitar Player magazine's Guitar Superstar competition), drummer Kevin Aiello and newest member, bassist Uriah Duffy (Whitesnake, Christina Aguilera), Points North stands on the shoulders of iconic artists The Police, Rush and Dixie Dregs, but, as the title of their debut album suggests, clearly cuts its own artistic path. Simply put, Points North is a leading light of modern instrumental guitar music, single-handedly helping to revitalize the genre through their technical prowess, superior musicality and compositional skills.
Ranging nearly every human emotion known to man, tracks on the band's self-produced Road Less Traveled, such as "Vast Horizons", "The Phoenix", "The Source", "Maiden Voyage", "Sweet Solitude", "Grace Under Pressure", "Barney", and "High Wire" speak to where the band has been as individuals (and a unit) as well as where they're going. With themes such as rebirth and transitory emotional states, Road Less Traveled takes the listener on a kind of musical voyage.
"The title, Road Less Traveled, felt like a description to us," says Eric Barnett. "In this day and age of pop music, being in an instrumental band is, in and of itself, a statement."
With a growing fanbase and sure handle on the melodic instrumental guitar music genre, the band seems poised for greatness. "Points North was never designed to be what it is today," says Barnett. "It was always just the three of us getting together to play music we wanted to play and have fun with it. What Magna Carta saw in us spoke volumes about what our potential might be. I have to sometimes pinch myself that I get to play this style of music to audiences." 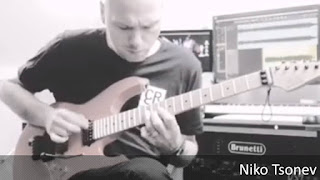