Jay Parmar: 'Circle of Fire' to get Digital Nations Release

Jay Parmar has released the single 'Circle of Fire' as a free download on his website - www.jayparmar.com.
Jay Parmar New Album Preview Clips...


Preview clips of all of the tracks on the album have been posted on Jay's website. 'Circle of Fire' will be released on 12 March through Steve Vai's label, Digital Nations, as a digital download and will also be available in full CD quality download through Jay Parmar's website. 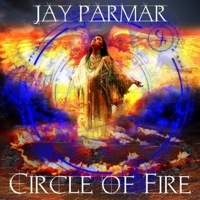 'Circle of Fire'. Featuring Jay Parmar on guitars, bass, keys and vocals, Pete Newdeck from Eden's Curse on vocal and drums, Carsten Schultz from Evidence One on vocals, Tim Wallace on vocals, Mike Rotella guest solos on 'Hell Is The Place', and Andreas Novak from Mind's Eye on vocals. There will be a very special guest guitar player on the album.