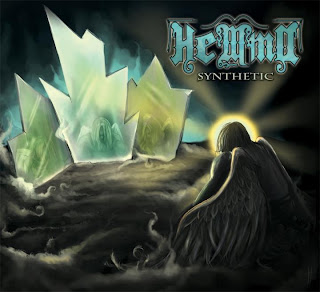 HEMINA are a unique voice in the ever-growing world of Progressive Metal. With a keen sense for melody and harmony. From Australia, the band takes the listener on an 80 minute aural journey into the life of an angel born onto the world, forced to live through our modern world and beyond with this, their debut concept album, 'Synthetic'. Hemina puts melody, songwriting and atmosphere before any of the instrumental histrionics one may typically think of in today's world of Progressive music whilst still maintaining the
level of technical proficiency listeners have grown accustomed to. 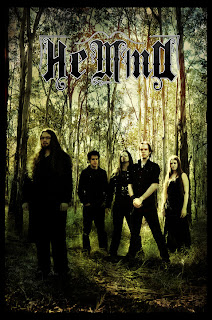 The following is Track 11 off our debut album 'Synthetic'. It is the longest and final track on the concept album and probably summarises the overall presentation of Hemina best.

'Synthetic' is mixed and mastered by Tommy Hansen (Redemption, Circus Maximus, Helloween, Seventh Wonder) at Jailhouse Studios, Denmark which is officially due for release on 27 March 2012 through Nightmare Records
Preorder 'Synthetic' here: http://nightmarerecords.com/NMR/online-store/pgxso-product-details/prx-930/ctx-1
Keep track of Hemina at http://www.facebook.com/heminamusic
http://www.hemina.com.au
Synthetic is available in Australia at http://www.jbhifionline.com.au/music/hard-rock-heavy-metal/synthetic/657094 and will be released worldwide in early 2012.