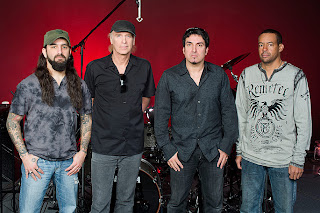 Portnoy formed the lineup to perfom at two drum events at the NAMM show last January. Due to overwhelming response, that band has decided to take their show on the road. "I knew when assembling this lineup that it would be a magical musical experience that would be a blast for us as well as the fans! I can't wait to play again with these tremendous musicians and share the experience with you all at these special shows!" says Portnoy.

The name Tony MacAlpine is synonymous with modern musical virtuosity. Whether performing as a solo artist, band member, session player, touring hired-gun, or as a producer, Tony MacAlpine continues to prove that he truly is one of rock's most amazing and versatile musicians. He incorporates classical, jazz and fusion influences into the hard rock/metal genre on both guitar and keyboards.
In his 25 year career he has produced, written and arranged eleven solo instrumental studio albums. Tony has also released four albums with his jazz-fusion band CAB, three albums with his progressive rock band Planet X, and a number of other band projects. In addition, MacAlpine has contributed both guitar and keyboards to a long list of records by other artists.

Derek Sherinian is an American keyboardist who has toured and recorded for Alice Cooper, Billy Idol, Yngwie Malmsteen, Kiss, and Alice In Chains. He was also a member of Dream Theater from 1994-1999, is the founder of Planet X and also one of the founding members of Black Country Communion. His solo albums often feature a variety of prominent guest musicians, including guitarists Slash, Yngwie Malmsteen, Allan Holdsworth, Steve Lukather, Joe Bonamassa, Billy Sheehan, Zakk Wylde and Al Di Meola. 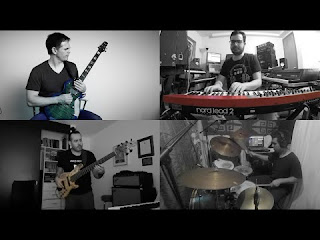 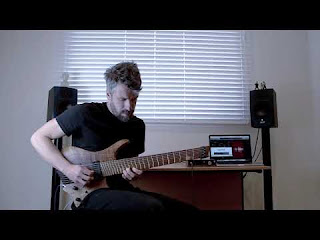