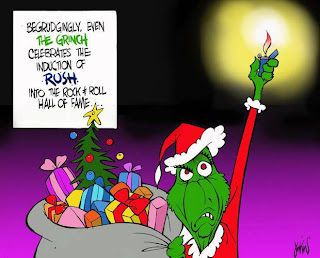 RUSH
RUSH TO RELEASE iBOOK FOR 2112

On December 18, 2012, RUSH will release their first ever iBook for 2112. The iBook will consist of unpublished pictures, black and white ink art and pencil sketches for every comic book cell, and preview music for the newly remastered Mastered for iTunes (mFit) audio of 2112 with 3 bonus live tracks.

Originally released in 1976, 2112 was the creative and commerci
al breakthrough album. With lyrics written by Neil Peart, 2112 kicks off with the ambitious seven-suite title track (originally side one), set in a futuristic world run by the “Priests of the Temples of Syrinx” who regulate “every single facet of every life,” which includes books, music, work and play. “2112” conveys the story of humanity’s instinctual, inner need for one’s free will.