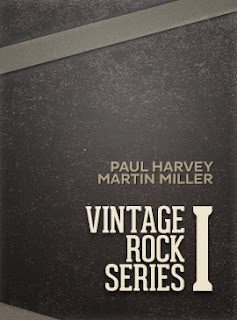 From the era when guitarists slung their guitars low and dressed in stretch denim and white trainers, we bring you our new VINTAGE ROCK Series.

Influenced by the riffs of Led Zeppelin combined with the attitude of Deep Purple, this package of 10 audio jamtracks written by Paul Harvey with example solos played by Martin Miller and is an absolute must for those who want to rock out with either a modern or traditional approach to soloing.

Please note that sporting a curly perm and wearing a bullet belt is totally optional and is no guarantee of avoiding a midlife crisis.