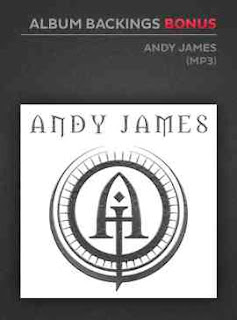 OFFICIAL ALBUM BACKINGS BONUS
Ever since we launched the first 5 official backing tracks from Andy James' self titled 3rd studio album, we have been inundated with requests from customers to give the same treatment to the other 4 album tracks. In true JTC style, here it is!
The Andy James Official Album Backings Bonus package includes the full tracks, official backing tracks and a whopping 48 pages of TAB and notation that we have created in-house for the tracks Burn It Down, Separation, Into The Void and Gateways for you to learn as well as complete your collection. Also included is an incredible live performance of the track Burn It Down (which is the version we transcribed) by Andy, that will not only blow your mind but help you learn every single note along the way.
This superb album has just been re-released through our JTC Records label too. Head over to jtcmerch.com if you want to get your hands on a physical copy!
Metal fans, it is time to get learning some serious metal riffage!

*NEW* Andy James 'Burn it Down' at Jamtrackcentral.com