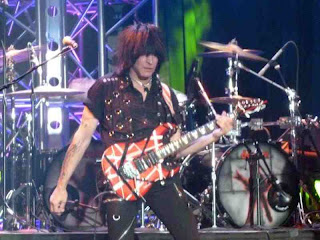 Michael is asking YOU to support George and see this documentary come to fruition!

George is using the website indiegogo to secure funding for his movie, which is very similar to the Kickstarter site that Michael used for his new "Intermezzo" record.

Below are excerpts from the official press release of "Shadowtrain: Under a Crooked Sky" A Film By George Lynch and Mark Mclaughlin

Rock Legend George Lynch and Emmy-nominated documentary filmmaker Mark Mclaughlin have been working on a great documentary that is nearing completion. But we need your help.