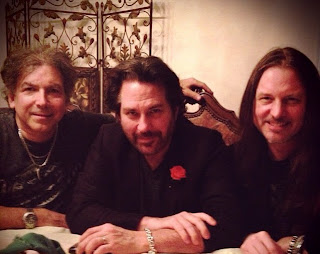 Todd: What ultimately kept Winger from 'imploding' like so many of your counterparts? Friendships and trust?

Kip: “Respect. I love those guys. ...We're the best of friends. We never fought over money. There was always totally transparency in the money thing. Money is what fucks everybody up. It was always totally transparent with the money. And then we genuinely like each other. We didn't break up, we just disbanded because when the 80's thing went down, it was like 'Okay, we know we can't get a gig, so what was the point?'. So we just waited until we got some offers to get back together. It's a barrel of fucking laughs, really. Everybody in the band has a great sense of humor. The other thing is musical respect. There's not many bands with guys like (drummer) Rod Morgenstein and (guitarist) Reb Beach in them. And our secret weapon is (keyboardist) John Roth. Nobody knows how good that guy is. I'm the MD at the Rock And Roll Fantasy Camp and we have a lot of counselors from many generations yet very few of them are on the level of my band. ...They're really good.”