Mike Keneally,Joe Satriani,Bryan Beller: Help Mike Keneally promote his new album, "You Must Be This Tall"! 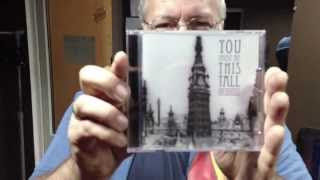 www.keneally.com. Mike, Joe Satriani, Marco Minnemann and Bryan Beller join forces to explain how you can spread the word about Mike's new album and reap some cool benefits! Sign up now at http://jamplify.com/release/51f03718112463000c00077a/show

The 24th album from fearless experimental rock innovator Mike Keneally (known for his work with Frank Zappa, Joe Satriani, Dethklok and many others) is You Must Be This Tall. Featuring 12 largely instrumental pieces, the album is a wildly careening ride through multiple moods, unified by Mike's virtuoso turns on guitar and keyboard, and his widely respected compositional acumen. Many songs feature Mike on all instruments, but expert assistance also comes from Marco Minnemann, Bryan Beller, Joe Travers, Rick Musallam, Missy Andersen and XTC's Andy Partridge (Mike's co-songwriter on 2012's massively acclaimed Wing Beat Fantastic). Moods range from madcap humor to deep introspection, all captured in truly sumptuous audio quality -- this is an album that rewards dedicated attention with a good set of headphones. You Must Be This Tall is a dream come true for fans of adventurous music made with heart and wit.

Help Mike Keneally promote his new album, "You Must Be This Tall"!