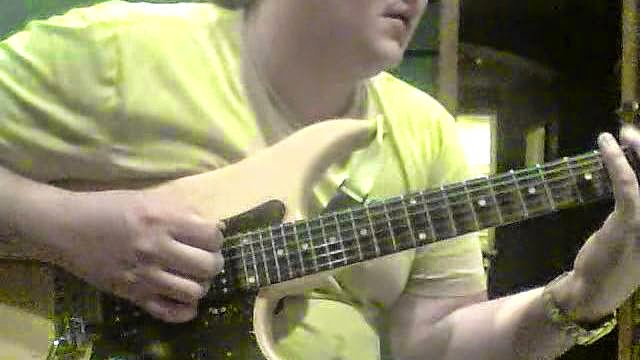 Sorry about the mealy-mouthed definition of Swybryd Picking at the beginning of the video, I should've just said that Swybryd Picking is simply economy picking with fingers AND pick rather than pick by itself.

When I spoke of the ease of upstroke + hybrid pick combinations. I meant to also add that (upstroke + hybrid (either m,r, or p)) is analogous to sweeping across multiple strings with a single pickstroke ie they're both instances where you get two or more notes for a single picking motion. One can also pick thusly: downtroke followed by hybrid-pick (either m, r, or p) but it is slightly less natural than upstroke followed by hybrid-pick for me for whatever reason.

I really don't enjoy focusing so intensely on the technical mechanics of music-making but it really makes guitar playing effortlessly enjoyable in the long run. All that's required is mastering a few technical ideas. Upon completion of this lesson , the perceptive student will also recognize how important "banjo rolls" are to Swybryd picking. In short, The goal here is to make "scary" virtuoso guitar playing relatively easy.