Shawn Lane: talks about Aural Agonist, the Warner release that was pulled 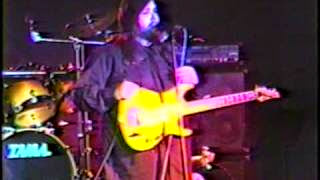 I for one would hope the music from Aural Agonist does get released at some point. For the known releases check out the Shawn Lane wiki http://wiki.shawnlane.com/Discography

Tri-Tone wasn't supposed to be the follow-up to PoT (haha). it was actually Aural Agonist, which was never released.

The tape he pulled out contained music from the album 'Aural Agonist'. This album was supposed to be his 2nd Warner Brothers Release. The album will be a lot of classical pieces he said. It's arlready completed and needs to be released. I pray he does this soon.  The piece he played was a companion piece to his Piano
Concertino "It's inspired by a lot of Poulenc" he said, and he feels it's a much more mature composition than the Concertino in its instrumentation and use of counterpoint in the different instruments.

The music was incredibly beautiful with that 'otherwolrdly' Lane-esque sound that only he can seem to create. He was conducting hands in the air totally absorbed with his creation, fingers playing piano on air while telling me about the key changes and to listen to how the clarinet overtakes the oboe in the counterpoint etc. I was completely in awe and I wish I could have listened to the whole thing.