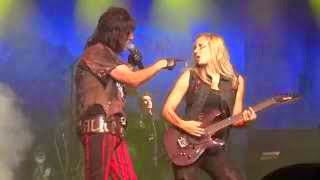 Asked how Nita got involved with Cooper, Strauss told GuitarWorld.com: "Kip Winger was the one who actually connected the dots. We met each other on the Monsters Of Rock cruise, where he saw me play. He later heard through the grapevine that Alice was looking for someone, so he sent them a few links and videos of me performing. I was then introduced to Shep Gordon [Cooper's manager] and Bob Ezrin [Cooper's producer] who sent me over a few tracks to learn and from there. Everything just seemed to fall into place. I'm so honored and excited to be a part of this project. It's hard to put into words."

Regarding what it was like when Nita first met Alice, Nita said: "I first met Alice in L.A. when he was recording some material for his new album. Ezrin called and asked me if I'd like to come down to the studio and meet him. So I went down and got to sit in the studio for Alice's recording session. He's such a cool guy. The whole experience was pretty incredible."

Asked if Nita feels added pressure being in a three-guitar band situation, Strauss said: "I come from a band that played IRON MAIDEN songs, so the multi-guitar-player thing isn't something that's really new to me. By the same token, these are iconic songs and I really want to make sure that I do them justice."


Getting reviews from Australia too: 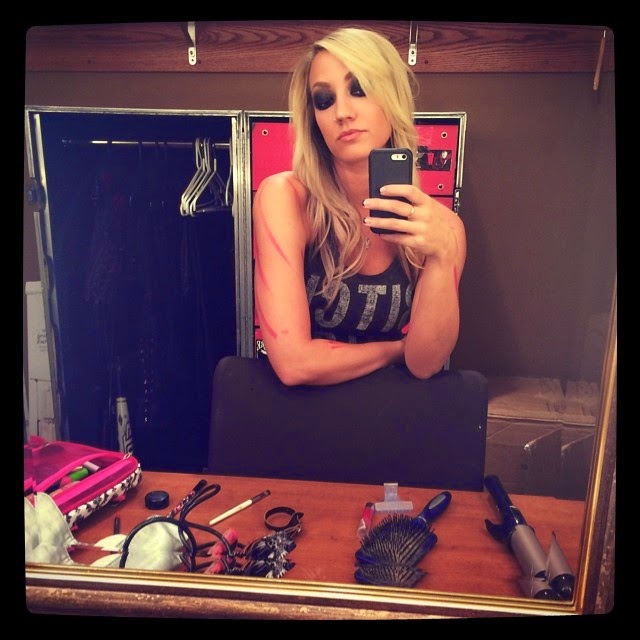 Alice Cooper’s new guitarist Nita Strauss made her on-stage debut with the band in Michigan on the weekend.

Strauss, who previously played in the all-female Iron Maiden tribute band The Iron Maidens, replaced Orianthi who had toured with Alice Cooper for the past few years.


And not only is she a brilliant guitarist, as you can see from the below vision, but she also happens to be very easy on the eyes.