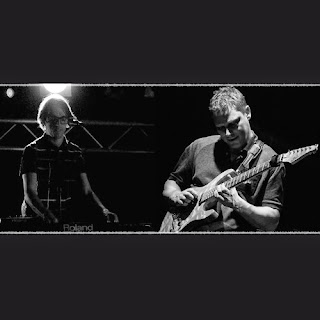 A track I recorded with producer/songwriter/multi instrumentalist Eelco Bastiaan van Zanten. Eelco works closely with producer Bastian (De Jeugd Van Tegenwoordig, did a remix for the 2001 hit ‘You’ve got My Love’

and has also worked with Tjeerd Oosterhuis and rapper Brainpower.
The track is called ‘Ghosts’ and will be featured on Eelco’s solo album that will be out end of 2014. Very nice song with challenging but musical changes to solo over- well done Eelco!
Rich - guitars / Eelco - everything else

Silence 'pon the other side
ghosts entering her mind
what she did not know just then was that they would come back
again, until (she says) oh tell me when cause i’m so scared