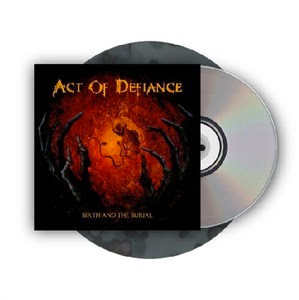 Pre-order our debut album, Birth And The Burial, plus special extras and special bonus content.

Following Broderick and Drover departing the Megadeth fold in 2014, tongues inevitably started wagging and rumors began piling up on message boards, but fans were thrilled to soon learn that the two would be joining forces in their next musical endeavor. Teaming up with Matt Bachand and Henry Derek. It takes only one exposure to Birth And The Burial to become abundantly aware that this is not the sound of a bunch of guys screwing around.

Pre-order the CD or a wide range of other amazing offerings like signed CDs, VIP meet and greets, autographed gear from the studio and stage, and much more. You will also get exclusive access to all of behind-the-scenes content.

Thank you for your support now and in the future http://www.pledgemusic.com/projects/actofdefiance