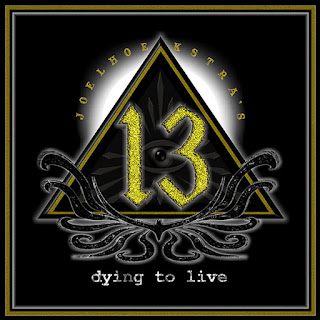 Says Joel, “Years ago, I released three solo albums that were mainly instrumental guitar music. I wanted to put something out that showcased my production, writing and playing in the genre that I'm known for, which is melodic, hard rock. That’s when I decided to start what I consider to be my rock side project, Joel Hoekstra's 13”. Watch the official EPK for “Dying To Live”.

Joel handled the bulk of the creative process on the album by handling the production, song writing and arranging (music and lyrics). The pedigree of musicians on the album is second to none. The new album showcases the best rock ensemble that contemporary rock music has to offer. Joel’s astounding, versatile guitar playing raises the bar to a new level.