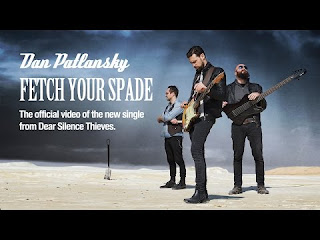 Patlansky was recently featured as one of “The Bluesmen” to look out for in Classic Rock’s “The Class of 2015” with the magazine calling Dear Silence Thieves “a real firecracker.”

Dan will return to the UK in November 2015 as special guest on Joe Satriani’s UK “Shockwave” tour. Following the Satriani tour,Patlansky will perform concerts at Planet Rockstock Festival in Treco Bay, Wales on Friday 4th December, and will finish the year off with a headline show at London’s The Borderline on Saturday 5th December with special guest Aaron Keylock.