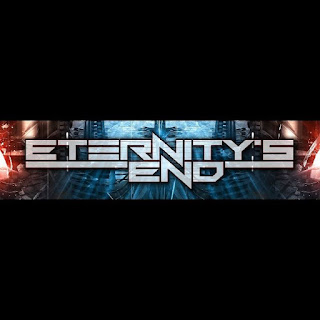 This is a short teaser for the power metal album I'm working on with Ian Parry (Vocals), Jimmy Pitts (Keyboards), Linus Klausenitzer (Bass) and Hannes Grossmann (Drums) to be released in late 2015. Here I am playing one of the many guitar solos in the song "Demonblade".
https://www.indiegogo.com/projects/eternity-s-end-the-fire-within#/

Eternity's End - The Fire Within


About Eternity's End
My name is Christian Muenzner, I'm a guitar player and composer from Bad Neustadt, Germany. I used to play guitar for the bands Obscura and Necrophagist. currently I play with the band Alkaloid and I have released 2 instrumental solo albums, Timewarp and Beyond The Wall Of Sleep.

In 2014 I put together my own band "Eternity's End". It's the realization of a dream I've had for many years to return to the style of music which has been my first love, that is neoclassical power metal with a progressive twist and a powerful, classic metal vocalist. Between fall 2013 and winter 2014/2015 I wrote 10 songs for our debut album "The Fire Within", which we recorded between December 2014 and May 2015. The album was, like my last solo album, mixed, mastered and co-produced by Per Nilsson of Scar Symmetry.

The line up of the band consists of:

It is basically the same line up as my last solo album "Beyond The Wall Of Sleep" with the addition of Ian Parry on vocals. As many of you will know, I also play together with Linus and Hannes in the band Alkaloid, and I used to play with Hannes in Necrophagist and Obscura as well. Ian Parry used to be the vocalist of dutch prog/power metal legends Elegy and also has his own group "Consortium Project", as well as a long solo career and guest contributions for Ayreon and many others.

Here you can listen to a medley with snippets from various songs of the album: