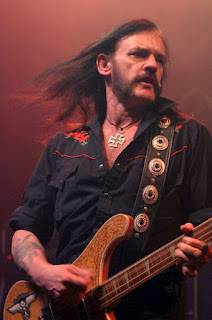 Sorry to report that I have confirmed Lemmy @myMotorhead has passed away just now at the age of 70. RIP to a true original icon of rock.

Sorry to report that I have confirmed Lemmy @myMotorhead has passed away just now at the age of 70. RIP to a true original icon of rock.

My dear friend, Lemmy, passed away today. I’ve known him for 38 years. He will be so missed but he will never be forgotten.

Lost one of my best friends, Lemmy, today. He will be sadly missed. He was a warrior and a legend. I will see you on the other side.

Lemmy: Rest In Peace. Shake the heavens, my friend.

Ian Fraser "Lemmy" Kilmister (born 24 December 1945) was an English rock musician. He was best known as the lead vocalist, bassist, principal songwriter and the founding and sole constant member of the heavy metal band Motörhead as well as a former member of Hawkwind. He was also known for his appearance, including his friendly mutton chops, prominent facial moles, and gravelly voice.

Lemmy: “Death is an inevitability, isn’t it?... You become more aware of that when you get to my age. I don’t worry about it. I’m ready for it. When I go, I want to go doing what I do best. If I died tomorrow, I couldn’t complain. It’s been good.”