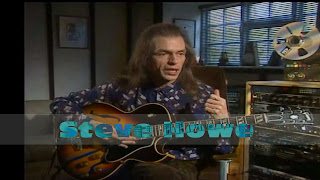 According to Edward Macan, "Yours Is No Disgrace" "is generally recognized as Yes' first antiwar song" (though "Harold Land" from their debut album deals with the subject of war). Anderson has stated that the theme of the song was recognition that the kids fighting the war had no choice but to fight and that the war wasn't their fault. Author Bill Martin describes "Yours Is No Disgrace" as "a remarkable and subtle song about the Vietnam War. The lyrics make their point by contrasting the suffering of the soldiers in Vietnam with people partying in Las Vegas. Thompson praises the line "On a sailing ship to nowhere" as "[conjuring] a mental image that the music cannot help but echo." The original words "armies gather near" (confirmed in every recorded live version) have been misprinted as "armies scatter the earth" numerous times, suggesting this may have been a mis-transcription in the first published version, as the album cover itself did not include lyrics. However, this does not appear to have impacted the overall anti-war interpretation of the song.

The song begins with a staccato introduction, which builds tension right away. This is followed by Howe's guitar riffs, which have been described by various critics as both joyous and menacing. Author Dave Simonelli remarks that the "jagged but simple related pattern of chords" that Howe plays are developed in a manner analogous to a symphony. Village Voice critic Robert Christgau also praises Howe's playing on the song. Howe has stated that his guitar solo on the song is one of his favorites because it was the first time he was able to overdub his parts in that manner. The main musical motif is played on a Moog synthesizer. According to Yes biographer Chris Welch, the vocals by Anderson and Squire "exude a sense of optimism as if all past battles are finally over and nothing can now stop the band's musical odyssey."


Steve Howe showing bits of the making of 'Yours is no disgrace'.

One of the greatest guitar players of our world.

Taken of the DVD called: Guitar Heroes - Rock Legends 2003
Steve Howe- The making of 'Yours is no disgrace'