Eric Johnson: Vault Sessions - plays a Strat that was made for Hendrix 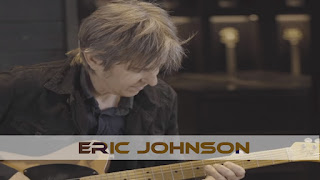 NEW VAULT SESSIONS: ERIC JOHNSON!!!!!! In this episode, Eric discusses regretful guitar mods, develops his love of Esquires, plays a one-of-a-kind Stratocaster that was made for Jimi Hendrix, and shares some influential licks from Wes Montgomery, Eric Clapton, Jerry Reed, and more.

The guitars in this episode are famous in their own right— a 1966 Fender Marauder prototype, 1969 Solid Rosewood Fender Stratocaster that was made for Jimi Hendrix, 1952 Copper Esquire, and more. These guitars are all on display at the Songbirds Guitar Museum in Chattanooga, Tennessee.

Eric Johnson: Vault Sessions - plays a Strat that was made for Hendrix